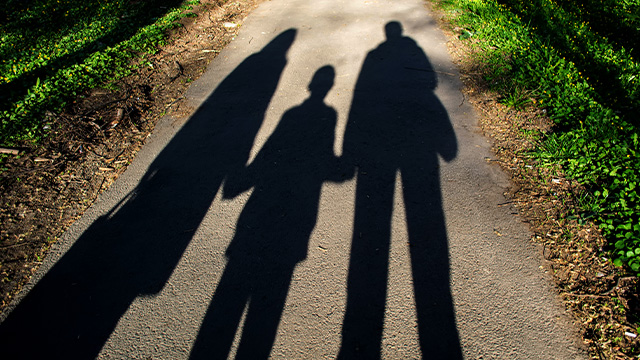 Here’s how most of us who are thinking about leaving our marriage imagine divorce will be like: We’ve had it with our partner (or perhaps he’s decided the same about us and casts us aside, but let’s just say we’re the ones who want out and let’s say we’re the woman because women ask for divorce two-thirds of the time). We think — finally, freedom.

Now we no longer have to feel the brunt of his anger and criticism; we can stop nagging about how he doesn’t pull his weight around the house; we won’t have to fake being in the mood when we’re not, and we get to do and eat and watch whatever we want whenever we want to. And, we have the kids, so we don’t have to bicker anymore over whose turn it is to bathe them or whether they can have ice cream for dessert if they didn’t finish everything on their dinner plate.

Maybe that was what divorce was like back in the day when moms were almost always awarded full custody and dads could “visit” their kids. But those days are rapidly disappearing, according to University of Sydney law professor Patrick Parkinson, whose new book, “Family Law and the Indissolubility of Parenthood” (Cambridge University Press, 2011), details the major shift in family law and the incredible challenges ahead.

“Many of the conflicts about family law in the Western world today derive from the breakdown of the model on which divorce reform was predicated in the late 1960s and early 1970s,” he writes. The model he discusses assumed that divorce was a clean break; husband went his way, wife went hers and all was good. “The assumption was that once the property and the children had been allocated to one household or the other, each parent was autonomous. The divorce freed him or her from being entangled with the life of the other parent, except to a limited extent,” Parkinson writes. But rarely has that been true. Most divorcees learn relatively quickly that although we’re no longer married and living together, we still have to deal with our former spouse in their continuing role as our kids’ mom or dad. He or she still has a say, and can nix our plans to move away for a new job or a new love. Divorce is no longer the end of a relationship; it’s a “restructuring of a continuing relationship.”

Which has made some of us as miserable divorced as we were in our marriage.

But, not if you have kids. As Parkinson notes, “The experience of the last forty years has shown that whereas marriage may be freely dissoluble, parenthood is not.”

And a huge reason for the battles in family courts has been the “problem” of fatherhood, he says. It used to be that dads were mostly absent; now, he notes, we can’t get rid of dads: “Separation motivates some fathers to rethink their priorities and to try to maintain their connections to children even if this means struggle and conflict. Because fathers demand a greater involvement in their children’s lives after separation, there has been increasing conflict both at a policy level and at the individual level of litigated cases.” And it’s happening globally.

This is, of course, something to celebrate — dads wanting to be with their kids. Who wouldn’t want dads to be hands-on in a shared-parenting arrangement instead of mom having sole custody? Well, a lot of people, according to Parkinson. Although national statistics are hard to come by, a 2008 study of seven states he cites in his book indicates a dramatic increase in custody filings — 44 percent between 1997 and 2006 — at the same time that divorces had decreased in the U.S. by 3 percent.

Throw into the mix all sorts of new ways of partnering — from cohabitation to same-sex civil unions — and already convoluted and outdated family laws are being stretched in ways they can no longer handle, he says.

Unfortunately, whatever legal changes have occurred so far haven’t been driven by a “philosophical shift in the meaning of divorce,” but piecemeal and too often driven by “destructive gender conflict.”

For Parkinson, it’s clear we must get our act together. “Family law cannot continue to muddle through, caught between two irreconcilable conceptualizations of what divorce is all about,” he says.

We can’t keep ignoring the fact that divorce doesn’t end a relationship but just transforms it if kids are involved. Parenthood creates “enduring connections, ties that outlast the severance of the adult relationship,” Parkinson writes, and those ties have all sorts of ramifications for couples, kids and governments.

“The promise of personal autonomy and a new beginning that the divorce revolution offered has proven largely to be an illusion. Yes, people can make fresh starts and form new partnerships, but most cannot shred the connections with former relationships when there are children involved,” he says.

“Facing up to the indissolubility of parenthood is one of the great challenges of our time.” -Vicki Larson

What has your family law experience been?

Article Source: https://www.huffpost.com/entry/why-divorcees-arent-free-_b_1512109
By Vicki Larson, Contributor
Co-author of “The New I Do,” journalist, mom